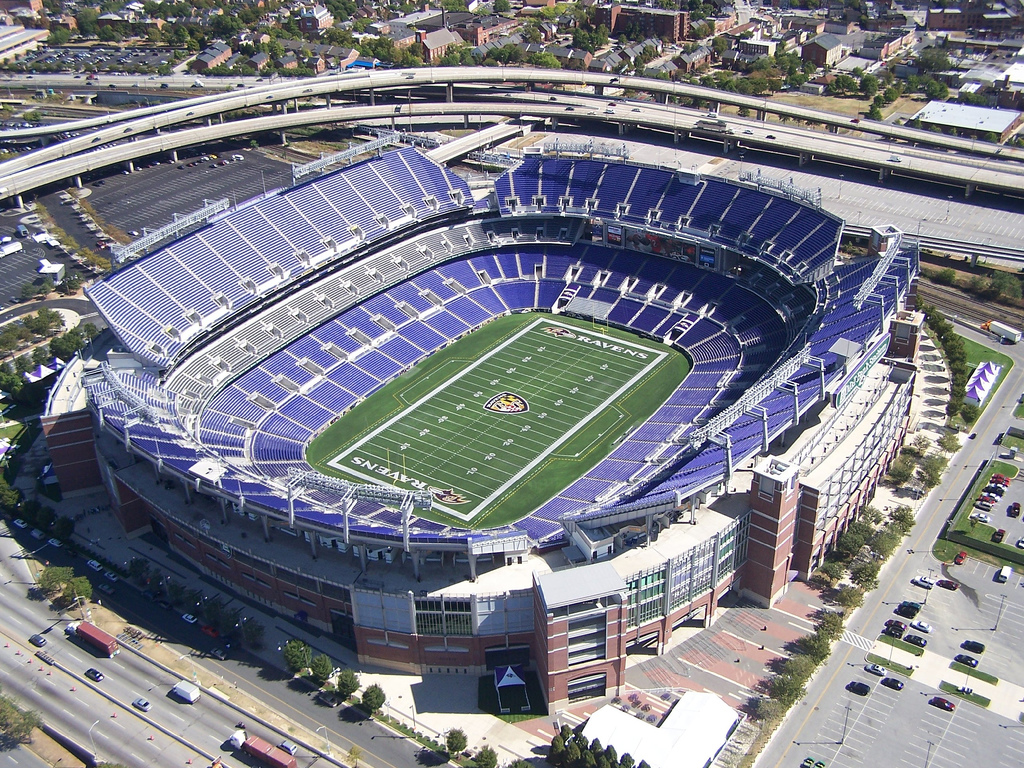 Pittsburgh-based geotechnical contractor Nicholson Construction Company has returned to Baltimore, Maryland, for phase two of the nearly $145 million M&T Bank Stadium upgrade. Nicholson completed phase one in April 2017 and is back to finish the foundation work for two new escalators and elevators to improve accessibility to upper level suite seats.

Nicholson is installing 7-inch diameter micropiles to support the vertical structure’s new and existing footings, and concrete columns and pilasters to reinforce the existing structural basement wall. The micropiles will extend up to 78 feet below grade and have a center bar inserted in the column for added support.

“Mobilization is limited since we’re performing deep foundations inside the basement of Ravens’ stadium,” said Eric Blue, Nicholson Project Manager. “Micropiles are a great option for this project because we are still able to drill to the desired depths, but the rig’s short mast can operate in areas with low headroom.”

For both phases, the company is using a method of straight duplex drilling and drill water recirculation. This approach entails pumping the soiled water directly from the drill into a series of weir tanks, that gradually separate the soil and water. The clean, filtered water is then recirculated back to the drill.

“This method is really efficient, because spoils that would’ve been discharged at the surface are now contained in a series of weir tanks,” said Blue. “Cleanup is also much easier. That was a huge consideration since Nicholson is drilling and operating inside a finished structure.”

Nicholson has performed deep foundations for several other stadiums, including Spartan Stadium at Michigan State University and Beaver Stadium at Pennsylvania State University. Phase two at M&T Bank Stadium is anticipated to wrap up in early January 2018.