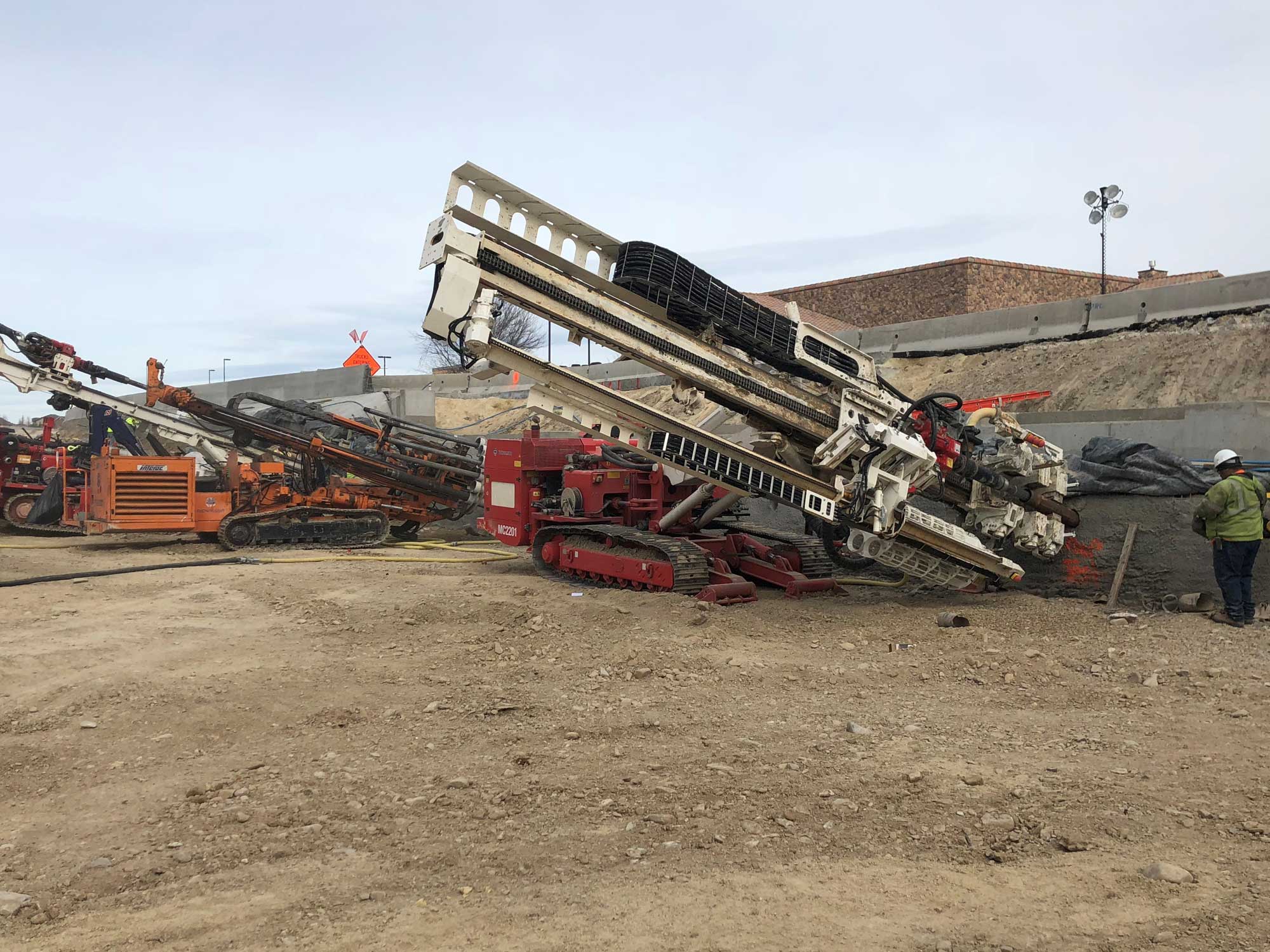 The highway typically moves an average of 58,000 vehicles every day, and the new interchange is one of four that UDOT is redesigning to ease traffic and improve safety. It’s a part of an even larger overall infrastructure plan to relieve congestion and connect communities in the southwest part of the valley. The interchange is also unique in that the construction will allow residents to keep their scenic views of the East Wasatch Mountains by moving traffic underneath the current highway rather than creating an overpass.

Work began in January to install a temporary soil nail wall measuring approximately 3,150 square foot and two permanent soil nail walls at close to 42,900 square feet. The first part of the project will help general contractor/joint venture R.L. Wadsworth Construction and W.W. Clyde and Company to install girders on the north end of the highway, and the second part will support the southern bridge abutments on the east and west side.

“Our crew is proud to be part of a project that is making commuters safer as they travel across one of Utah’s main north/south corridors,” said Tony Martinez, Project Manager for Nicholson Construction Company.

Nicholson is expected to finish their work at the interchange this spring.

Nicholson has been both a leader and an innovator in the geotechnical construction industry for more than 60 years. With regional offices across the country and headquarters located in Pittsburgh, Nicholson is a nationally renowned specialty contractor, offering proven expertise in the design and installation of deep foundation elements, earth retention systems and ground treatment solutions. We pride ourselves on our ability to consistently provide our clients with innovative, high-quality design-build options for projects of varying size and complexity. Nicholson is the North American subsidiary of Soletanche Bachy, one of the world's leading geotechnical contractors, and is part of a global network of unparalleled geotechnical resources and expertise.
Posted by:
Jill Bejger-Frederick
|
Marketing Coordinator
|
412-221-4500