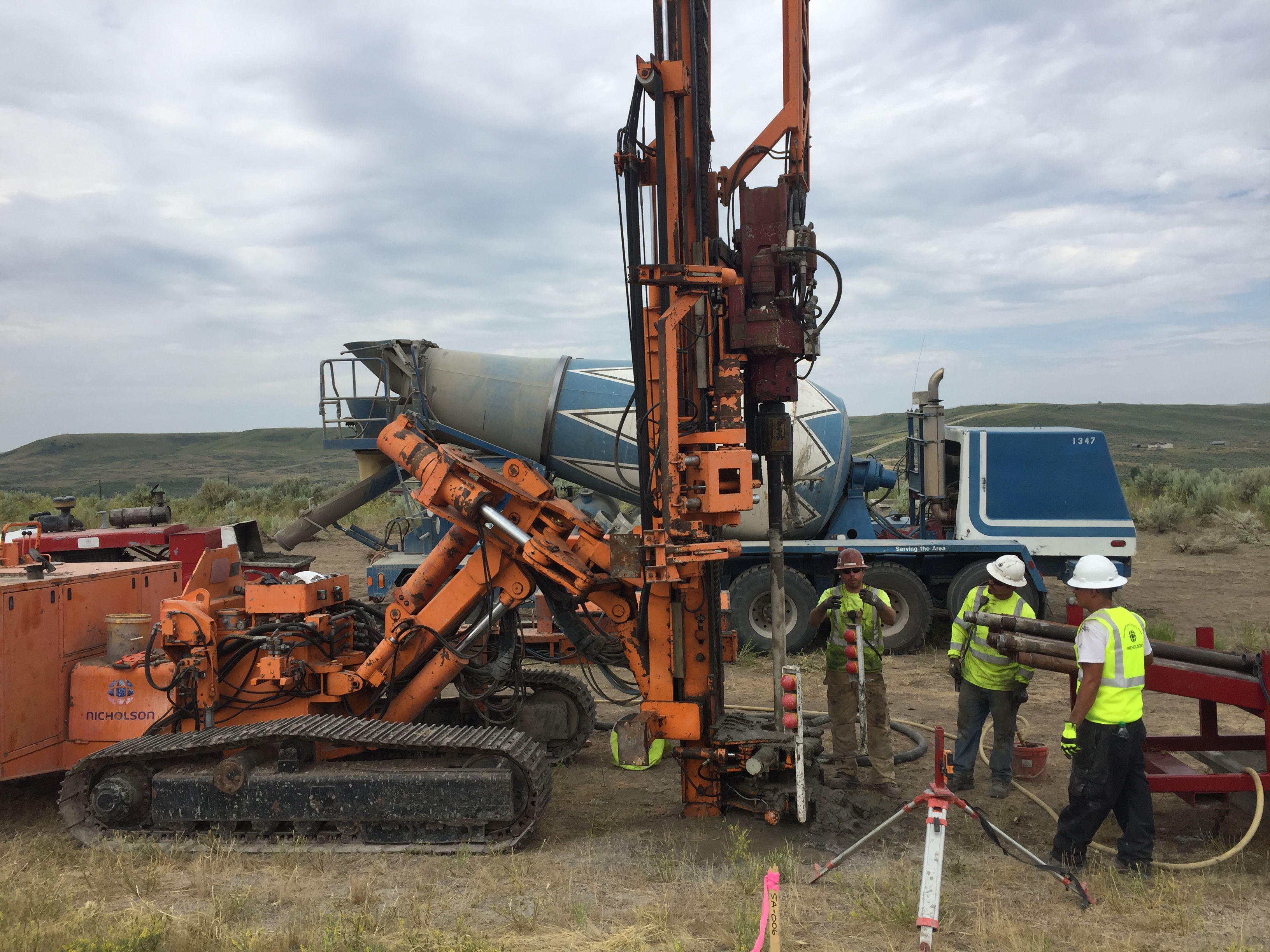 The Abandoned Mine Lands Division of the State of Wyoming recently awarded Nicholson Construction’s Denver-based team their second contract for remediation work on a roadway near an abandoned mine in Wyoming.

For their first contract, Nicholson’s scope of work included a drilling and grouting program along the existing Highway 89, which is located above the 116-year-old Mine No. 3. Approximately 93 grout points were drilled along the highway at depths of up to 130 feet down to the abandoned mine rooms. The mine rooms were approximately ten-feet tall and filled with rubble or open voids, making them unstable with the potential for subsidence in the surrounding landscape.

For the second contract, Nicholson will move to Glenrock, Wyoming to perform a similar drilling and grouting program that will help to prevent damage to existing Highway 20/26/87. Nicholson’s scope of work includes 6,829 linear feet of inclined drilling in up to 69 grout points along the highway shoulder.

“The remediation of abandoned mines in Wyoming is a big concern,” said Greg Boonstra, Nicholson’s Western District Manager. “We’re happy to be working with the State of Wyoming Abandoned Mine Lands Division of the state of Wyoming again to make sure the roadways are safer for the Kemmerer and Glenrock communities.”

Work on both projects is expected to wrap up before the end of the year.