The World Trade Center project will always have a special place in the hearts and the histories of the companies who came together for both the recovery and the rebuilding efforts. We are extremely proud to have been there—through the recovery efforts, the remarkable process of rebuilding the World Trade Center and the construction of the memorial that will never let us forget.

Within four weeks of the attacks on September 11th, 2001, the Nicholson Team was working alongside a massive team of engineers and contractors who had mobilized to the site. Having previously performed significant foundation and retention projects in Manhattan and Jersey City, Nicholson was already familiar with the challenges posed by the area’s geology and various obstructions. 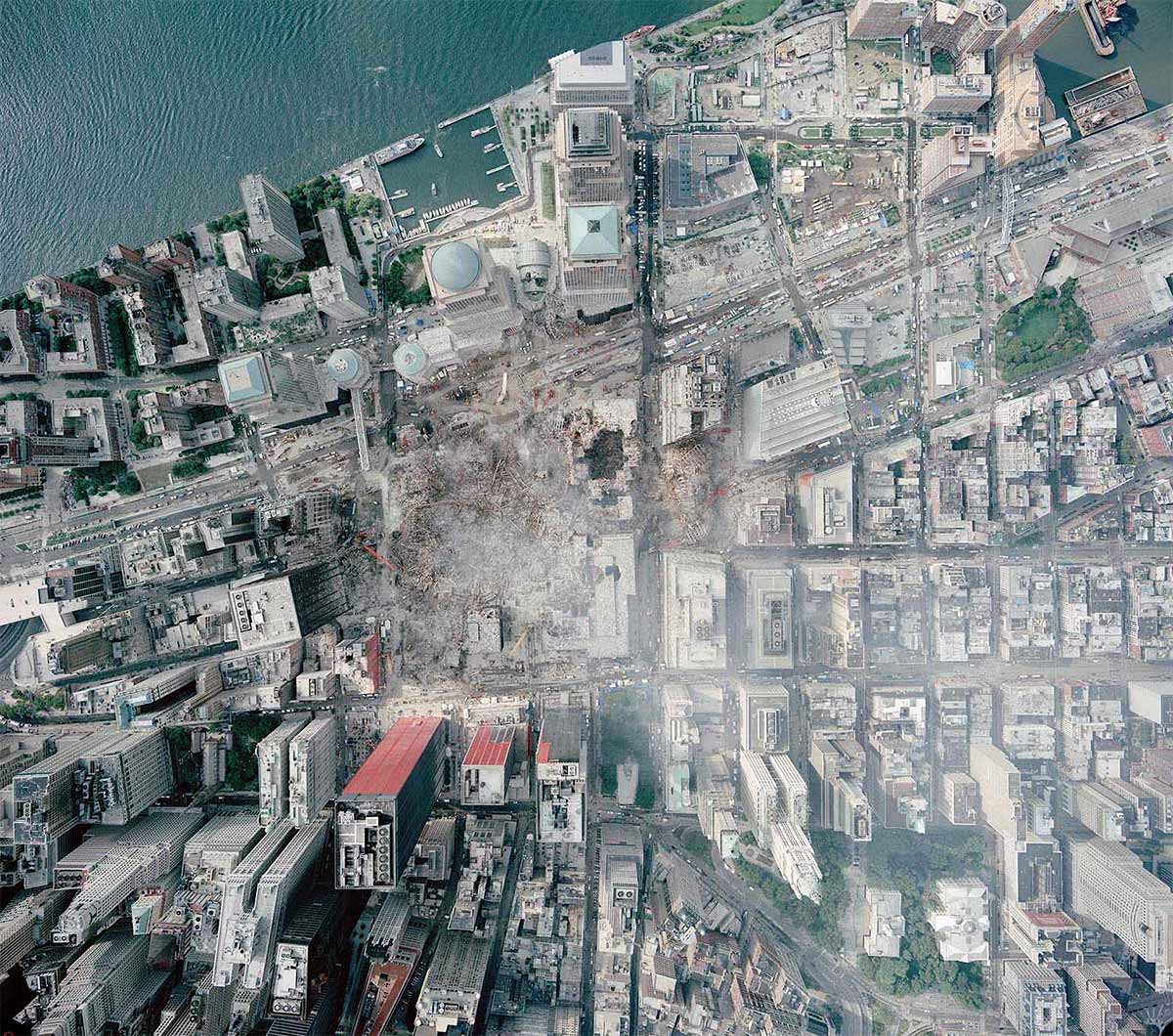 The first order of business was to stabilize the World Trade Center’s “bathtub” wall —which supported the entire site, served as an earth retention system and kept the waters of the Hudson at bay. Nicholson installed 206 rock anchors to stabilize the south wall, which had already moved 6-12 inches. For the second portion of the recovery efforts, Nicholson acted as the managing partner in a JV to install 980, 600-kip rock anchors to stabilize the rest of the WTC’s bathtub wall, which allowed the recovery efforts to continue safely. 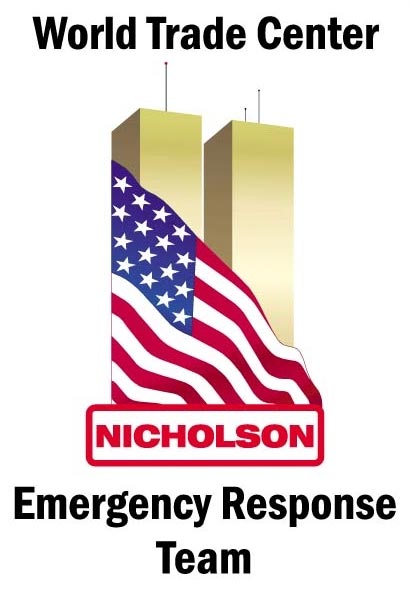 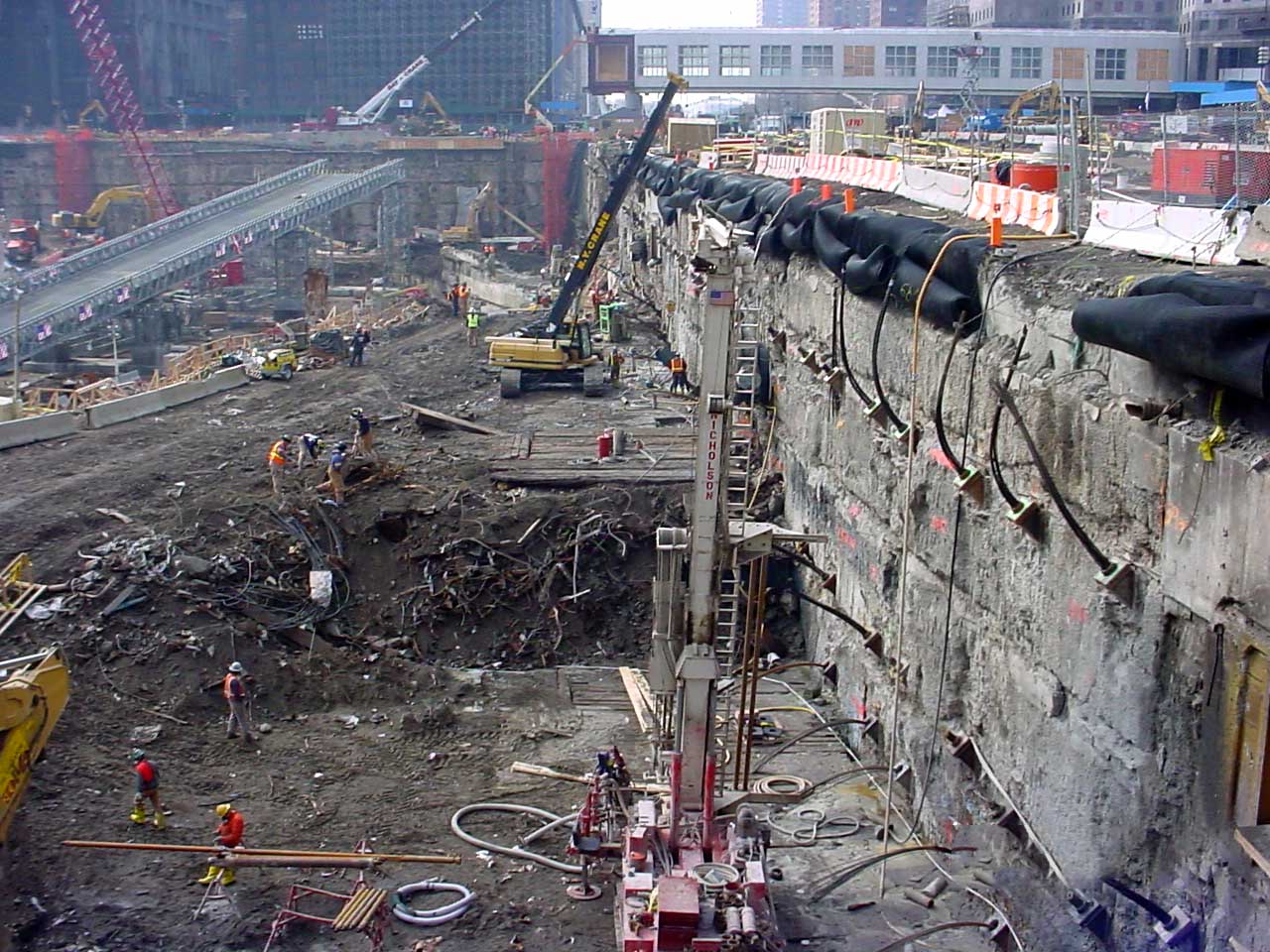 When the recovery efforts were over, Nicholson returned to the WTC site in 2003 to work on the Vessey Street footbridge. The original footbridge, known as the North Bridge, was demolished by falling debris on September 11th. Nicholson installed 145 micropiles to support the elevated walkway, which would re-connect the World Financial Center to the redeveloped World Trade Center. 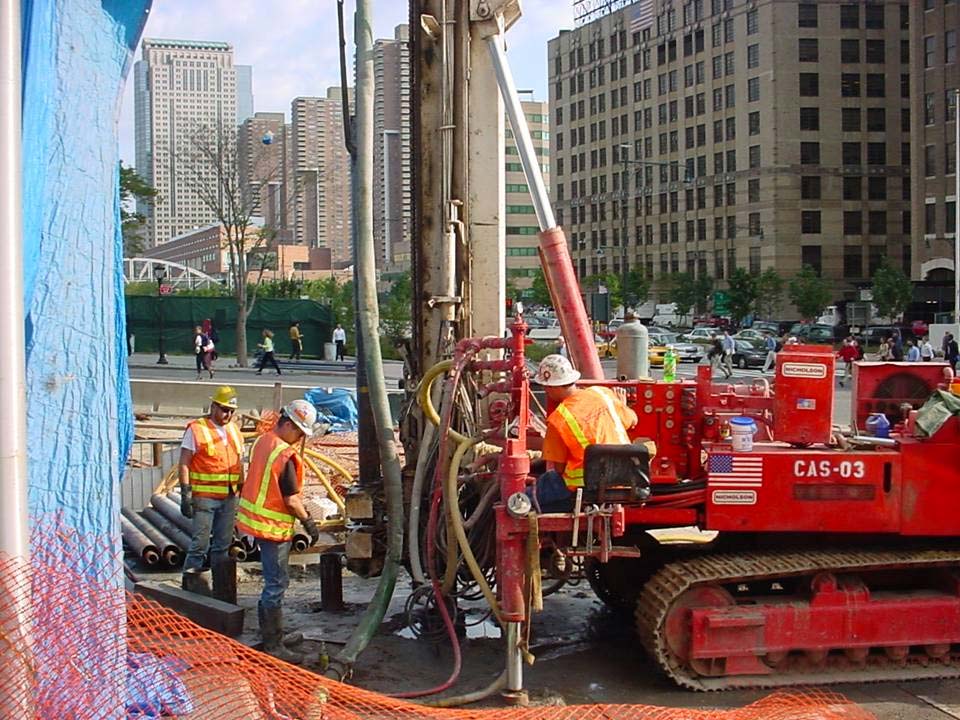 image 1 of 3
In 2004, designs were chosen for both the 9/11 Memorial and the new Transportation Hub. Construction activities both began in 2006.

Nicholson was back at the WTC in 2007 with longtime JV partner EE Cruz to perform extensive specialized geotechnical work that would connect the subway system and the Port Authority Trans Hudson (PATH) train system to the new Transportation Hub. This work included jet grouting and micropile work through and under the active #1 Line subway box. To minimize subway disturbances, much of the work was performed during weekend outages. In 2007, work to support the new east bathtub diaphragm wall and the existing H&M wall began. The work included the installation of 112 temporary tiebacks that would also support the secant pile separation wall at the hub site. 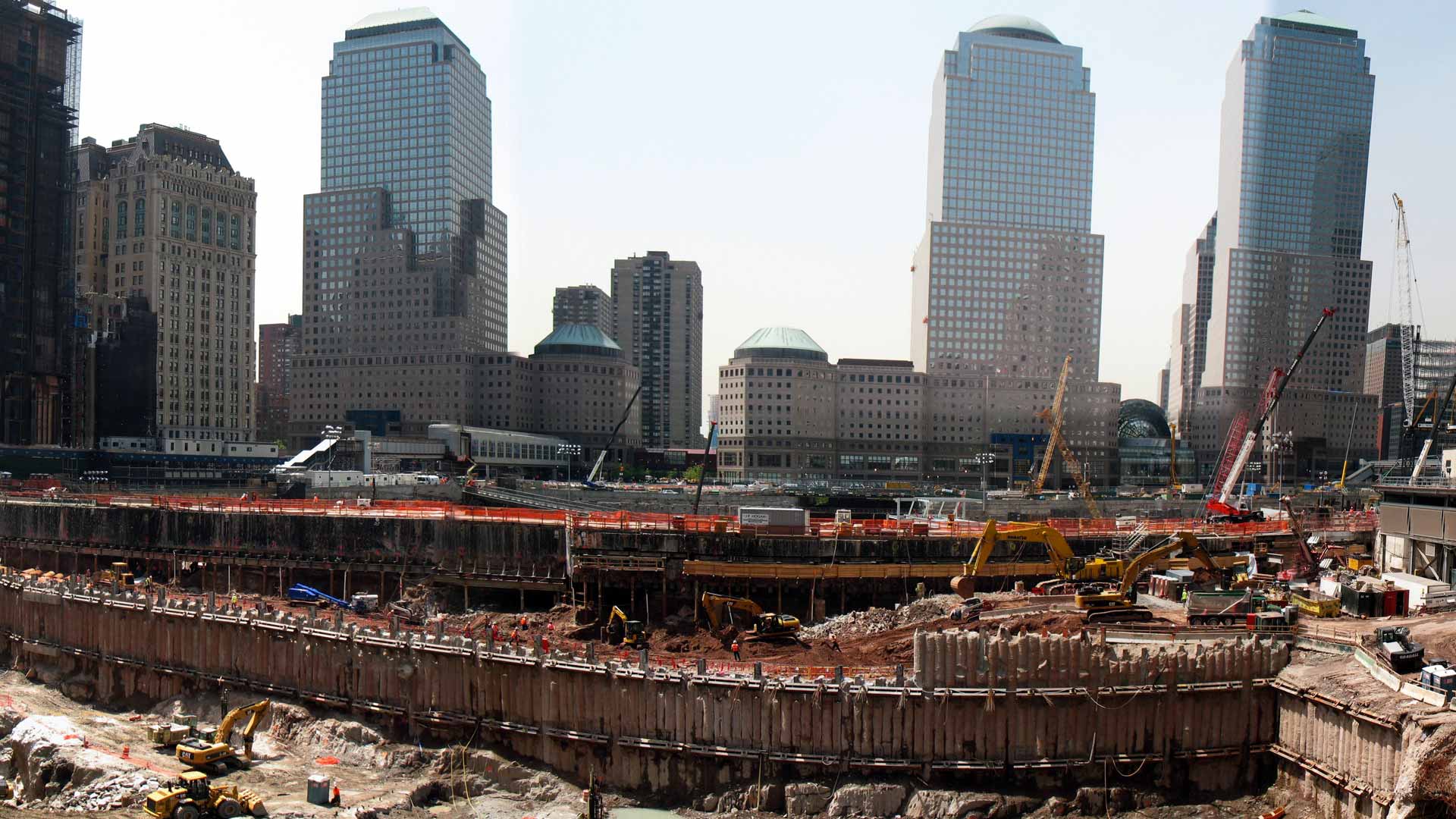 Nicholson began work on the liner for the World Trade Center Memorial (also with EE Cruz) in 2008, a contract which included the installation of 25,000 square feet of liner wall, 183 tieback anchors, 20 caissons, six micropiles and approximately 7,750 feet of slurry wall. 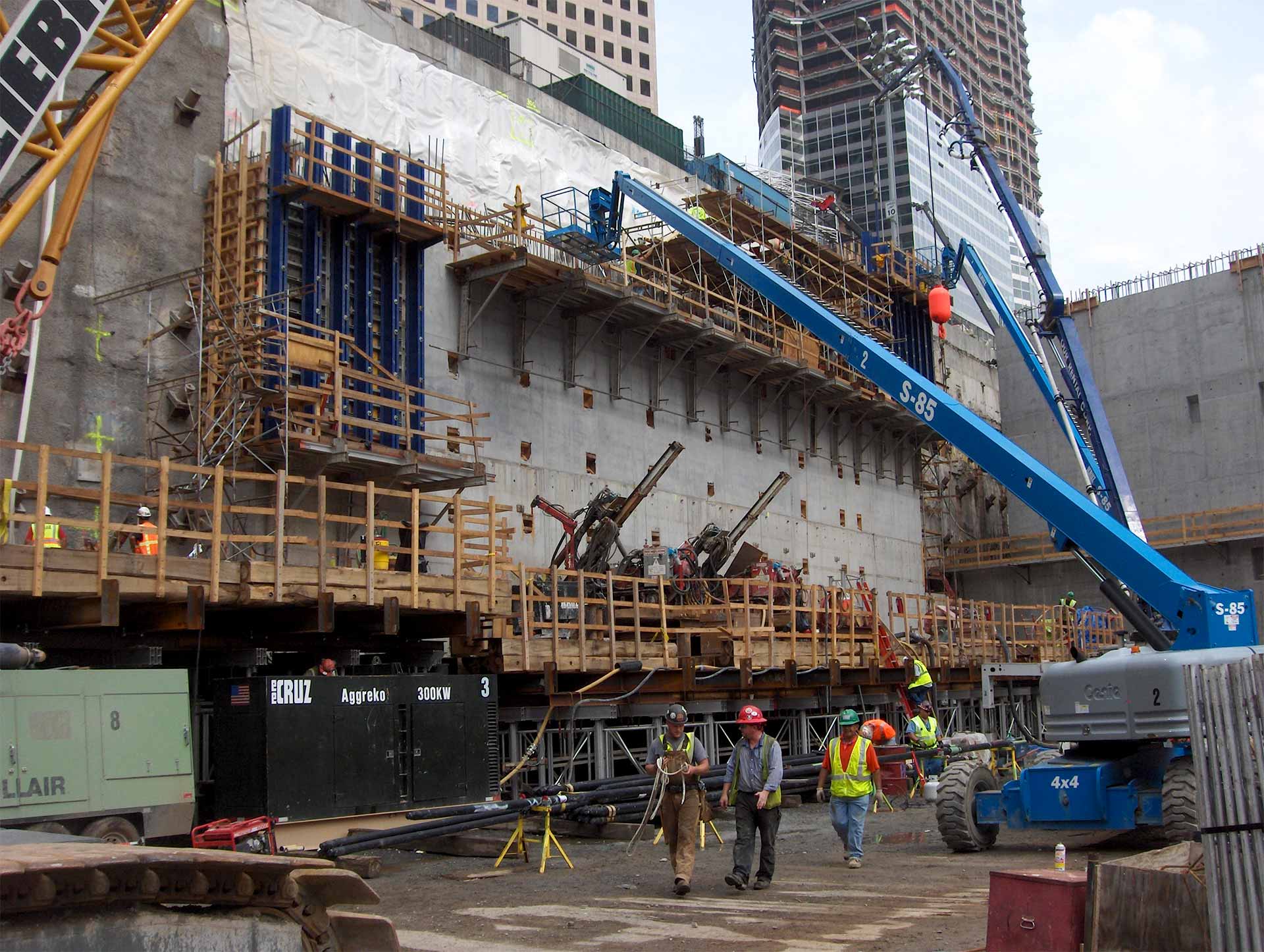 The liner would serve as a support wall for the new, underground World Trade Center Museum. This support wall would surround a piece of the site’s original slurry wall, which was reinforced by Nicholson during the recovery efforts. The wall remains in-tact, as one of the museum’s exhibits. 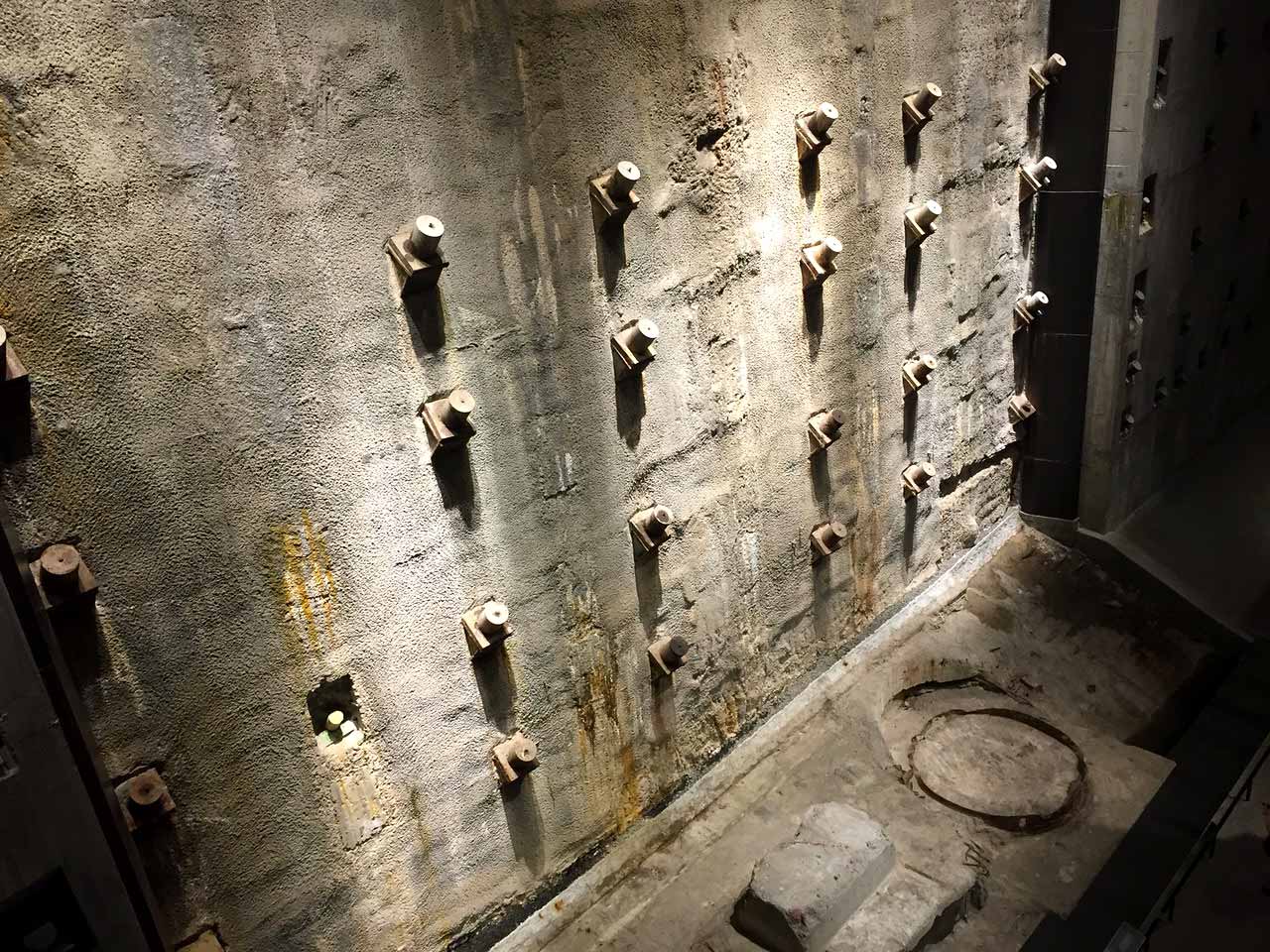 In 2009, Nicholson was contracted to create a water-tight excavation for the Vehicle Security Center (VSC), a structure that would serve as part of the state-of-the-art security plan for the screening of thousands of cars, tour buses and trucks entering the complex. The contract, which was performed with JV partner  EE Cruz,  also included the installation of a 40,000 square foot diaphragm wall around the structure’s perimeter and 210 tieback anchors. At the same time, Nicholson crews were beginning micropile and tieback anchor installation for the Greenwich Street corridor portion of the Transportation Hub. 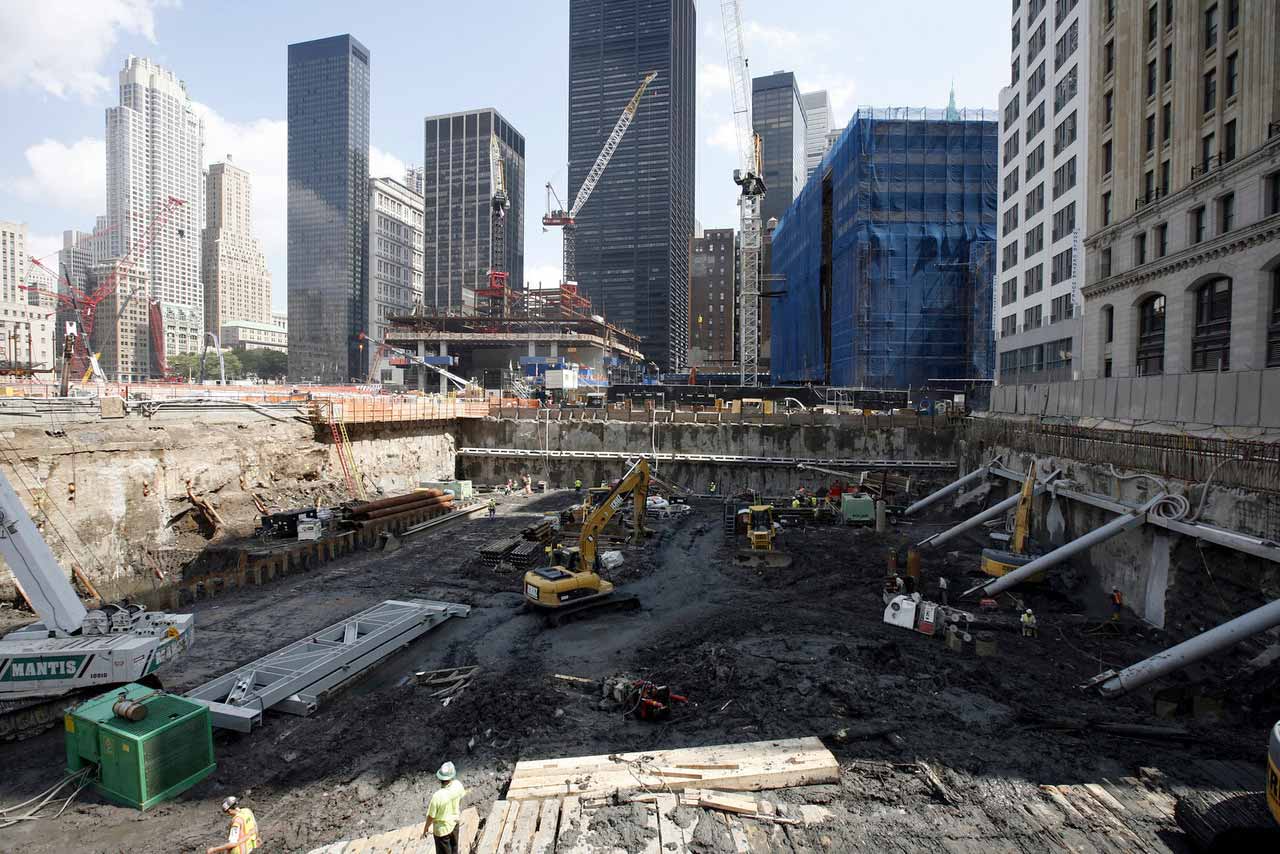 Additional contract awards would include a micropile project for the World Trade Center pedestrian bridge and a second contract for the VSC, which included the installation of 10,000 square feet of secant pile wall, 75 tie back anchors, 15 micropiles and 122 jet grout columns.

The World Trade Center will always be a special source of pride for the Nicholson Team. Many years of challenging and meaningful work went into Nicholson’s portion of the recovery and redevelopment.

The National September 11 Memorial and Museum opened in May of 2014. President Obama, along with foreign dignitaries from around the world, came to the dedication to pay tribute. President Obama can be seen speaking in front of the wall that Nicholson helped to reinforce. 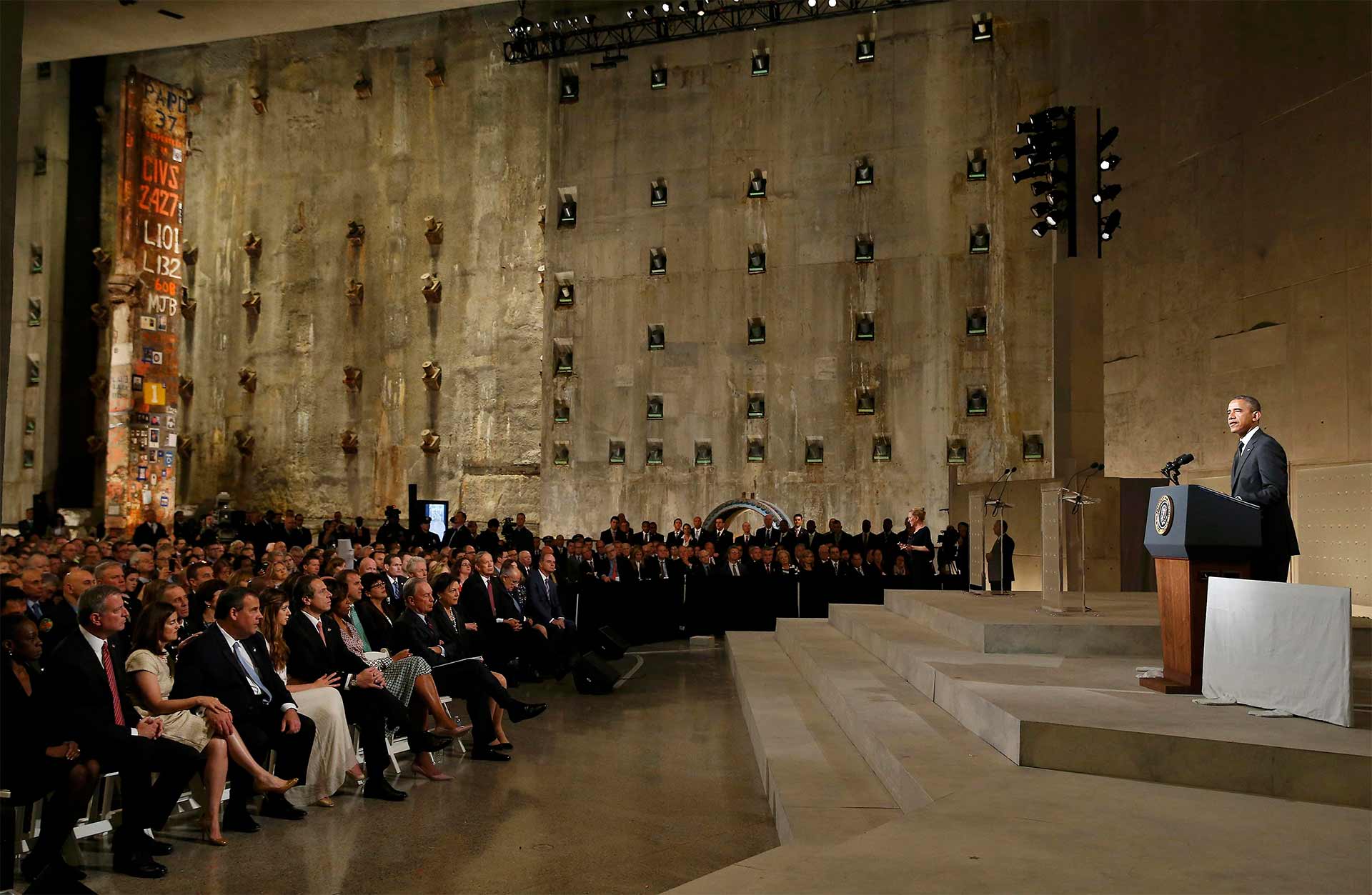 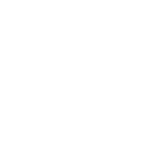