150 gallons of chemical grout over 2,000 cubic yards of soil

In North Hollywood, the Los Angeles Department of Water and Power was replacing an existing river supply conduit that served as a major transmission pipeline responsible for transporting large amounts of water from the Northeast Valley to the Central City area. The original pipe  was built in the 1940s.  The RSC that runs between North Hollywood Pump Station and the Headworks Spreading Grounds site was replaced with a larger diameter steel pipe. The improvements will enhance water pressure, capacity and reliability, and better comply with federal and state water quality regulations.

Nicholson's portion of the work on the River Supply Conduit Improvement project required tunneling, break-in, break-out and shafts. Permeation grouting was a part of the overall project, and Nicholson injected chemical grout in order to support the existing utilities, including storm drains and sewers, from settlement during the TBM’s passage through the affected areas.

The project is expected to be finalized in early 2018. 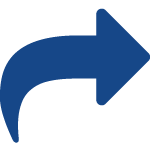