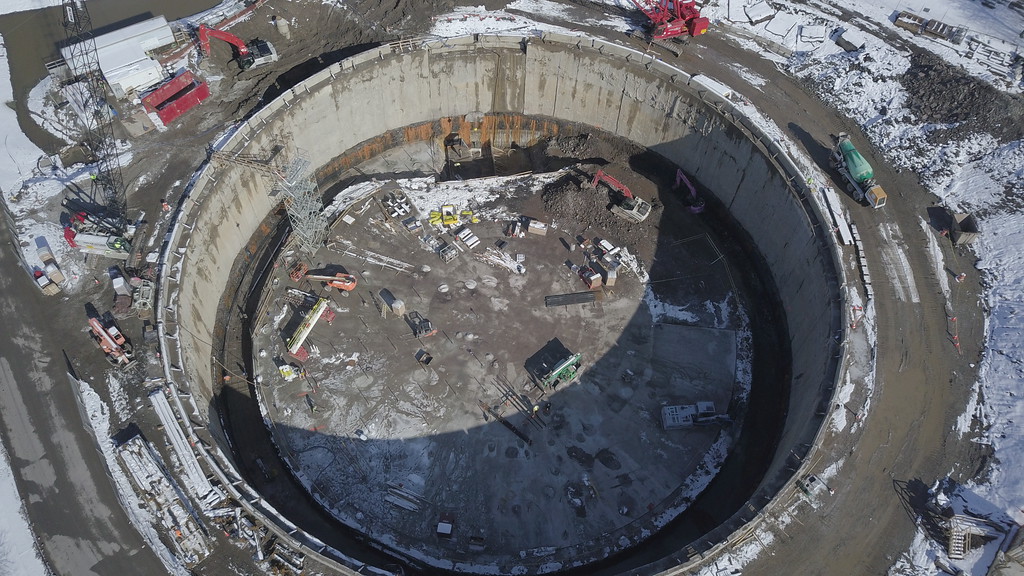 The WIN program was created as an aggressive response to a Federal Consent Decree to control sewer overflows and improve water quality in the Louisville metro area for its nearly 700,000 residents.

The first part of the WIN project, which must be in place by 2020, included the installation of multiple basins to retain a mixture of rainwater and sewage during heavy rain events that would gradually be released for treatment rather than overflowing the system and polluting waterways.

The second part of Nicholson’s contract involved the installation of 232 vertical tiedowns to ensure that the basin’s structural foundation mat would resist uplift pressure.

“We worked closely with Dugan & Meyers and the owner’s engineer to develop a value-engineered design concept that resulted in significant cost and schedule savings to the project,” said John Wise, Senior Vice President, Nicholson Construction. "We're very proud of the CSO work we've completed all over the country and this project is no exception."

Nicholson’s work wrapped up in early April. The overall WIN project will continue through 2024.

To see some highlights of the two phases, watch the video here: