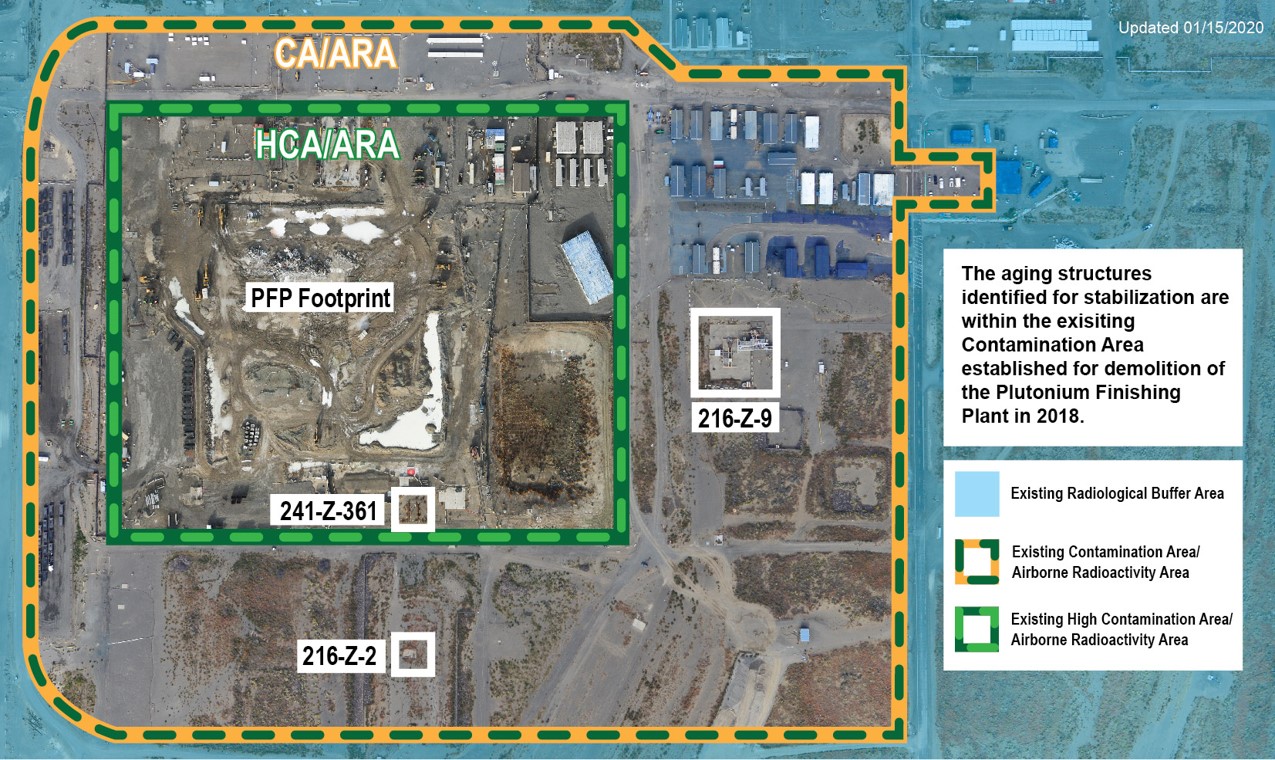 The Department of Energy and contractor CH2M HILL Plateau Remediation Company analyzed contaminated structures used to dispose of radioactive liquid waste at Hanford’s Plutonium Finishing Plant and determined three below-ground structures, constructed prior to 1956, posed the highest risk of age-related failure, requiring stabilization to prevent a collapse and a potential spread of contamination.

Nicholson’s role in the project will involve multiple phases. The first phase includes work package development and constructability reviews with the project team along with the required specific certified training for the craft. The second phase is a combination of performing site investigations of the three below-grade structures, designing,fabricating, and procuring the grout conveyance system with connections, and performing an off-site mockup test. The third phase will include mobilizing to the site and placing a total of 4,540 cubic yards of high-mobility engineered grout through a grout conveyance system that extends a maximum of 1,500 linear feet into a highly contaminated area.

This is the second project for Nicholson at the Hanford Site, with the micropile underpinning and permeation grouting activities on the 324 Building Disposition Project  expected to continue into 2022.

“Our work at the Hanford Site on the 324 Building was one of the most unique projects in our company’s history,” said Dan Thome, Vice President, Central Region. “Our team rose to the challenge at the 324 Building and we’re looking forward to another successful project on the Central Plateau.”

Nicholson’s portion of the work officially kicked off at the end of April and will extend through the end of this year. when the project is expected to be completed.